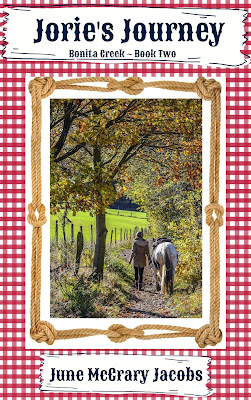 ABOUT THE BOOK:
After an idyllic life scarred by a traumatic event, is Jorie Woodstone ready to move forward to share her life's journey with a man who loves her unconditionally?

Welcome back to friendly Bonita Creek, a small town in the Coastal Mountains of the Mendocino Coast of California . . .

Jorie Woodstone is the owner and operator of the wildly successful Cowgirl Bakery in Old Town Bonita Creek. She appears to have it all. She is musically gifted and belongs to a warm, loving, supportive family; but she's built a brick fortress around her heart after being traumatized by an acquaintance in an unforgettable event three years earlier.

Join this talented, spirited cowgirl as she journeys on through life's joys and sorrows with faith, strength, courage, and love on the road to true happiness.

'Jorie's Journey,' Book Two in the Bonita Creek Series, is a contemporary Christian Western romance story which is completely clean in language and content.

Includes an original recipe by the author! 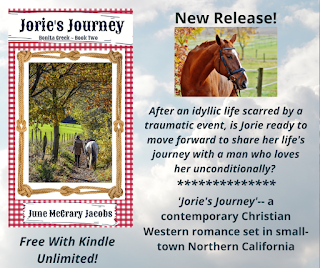 "Hello, miss. I need to pick up a couple of pies to take over to my friend's house for Thanksgiving dinner tomorrow. The Cowgirl Bakery was highly recommended to me by my hostess at the bed and breakfast inn where I'm staying. Please don't let me down by telling me it's too late to order pies for the occasion." His mouth settled into a sweet pout.

"What flavors did you have in mind?" Jorie tried to sound thrilled to have his business at this late hour. In truth, she was exhausted from the multitude of Thanksgiving orders for pies and other baked goods she'd received from her ultra-supportive hometown. She dreamed of going home early tonight to soak her exhausted body in a luxurious bubble bath and watch a couple of episodes of her favorite Masterpiece Mystery series.

"What do you recommend? I mean, you're the one who works in a bakery and all."

"I think it's always nice to offer an assortment of pies. How about one organic apple cinnamon and one organic pumpkin nutmeg? Most people seem to like one or both of those flavors."

"No can do," Jorie clipped off. "We don't usually do pecan pie here in California. Well, I mean we don't do pecan pie without some advance notice. It's too late to order organic pecans for tomorrow."

"What a shame," the customer shook his head sadly. "Well, I guess I'll just have to accept the fact tomorrow will be my first Thanksgiving feast ever without a slice or two or three of pecan pie."

He looked as if he were already grieving the loss of pecan pie on his Thanksgiving menu. Jorie felt a twinge of regret for his loss, but the line of customers behind him was stacking up and she was short-handed today. Her most-experienced employee, Connie, had requested the day off so that she and her husband could travel to spend the holiday with their family in Idaho. Her other experienced employee, James, was home nursing a bad case of strep throat and was unable to serve the public.

She wanted nothing more than to hurry this man along. However, she accepted long ago the reality that a large part of being a successful small business owner was to project the image that said owner actually enjoyed working with the public. She always attempted to give the illusion of being the queen of customer service in Bonita Creek.

Being a lifelong introvert had made being in a customer service job a supreme challenge for the down-to-earth cowgirl. Since her business was successful beyond her loftiest dreams and goals, the thirty-one-year old with dark auburn hair and hazel eyes believed her attempts at being an extrovert were worth the benefits she reaped in customer loyalty and goodwill.

In an effort to put the customer first she offered, "I could probably throw together a walnut pie for you to pick up early tomorrow morning. I know for a fact that the market around the corner doesn't have any pecans either because I asked the owner about them earlier this week. A walnut pie is the best I can do at this late hour."

"You'd do that for me? I mean, make a special pie on Thanksgiving morning for a complete stranger?"

Jorie clenched her jaw and attempted to cover it with a half-baked smile. "Sounds like I would—I mean, will."

"Well, then, I accept your gracious offer. Give me one apple, one pumpkin, and one walnut. I'll be here at whatever time you tell me to be to pick them up tomorrow morning, miss."

"Aren't you concerned about the cost of the pies?" she probed.

"No. Like I said, your bakery came highly recommended from the owner over at the inn. Mrs. Redmond said ya'll's pies are simply the cat's pajamas, as my grandma would say. Besides, I really want to make a good impression at the feast I'm invited to tomorrow. I'll be celebrating with the family of my best college buddy, and I want to show his family I have exquisite taste and refined manners."

"Well, I can't do anything about your manners, but the pies will be scrumptious. And just so you know, the pies are twenty dollars each."

"Is that enough? I don't cook or bake at all, so I live at the mercy of talented folks like you. I'd be glad to pay extra because of the short notice and all."

"Twenty dollars apiece is at least twice as much as the diner out on the highway charges for its pies. Of course, I use only the freshest organic ingredients in my pies, and everything is made from scratch each day. No need for you to pay extra; I'm grateful for your business. Even though we've been really busy with pre-holiday orders, we don't usually get a lot of street traffic around these parts on a holiday weekend." 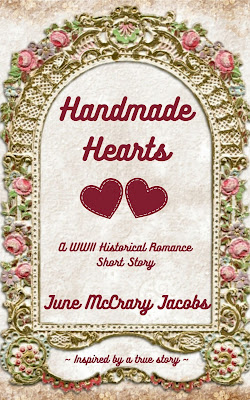 
ABOUT THE STORY: 'Handmade Hearts' is an historical romance short story set in New Orleans during World War II and was inspired by a true story.

Toward the end of his life, I asked my Uncle 'Allen' how he met his wife. He shared about how he met 'Irene' at a church social in their neighborhood in New Orleans in the early 1940s. He had been seriously wounded in Guadalcanal in the South Pacific as a young Marine and was using crutches to get around as best he could.

He had many inner wounds which needed time to heal, too. He had no way of knowing when they first met that Irene had suffered her own wartime tragedy. She bravely sought to keep her grief locked away deep inside because thinking about her loss caused her even more sorrow. She needed to be strong because she was the breadwinner for her small family.

Times were tough, but these two unique individuals made it through each day with inner fortitude, determination, and the sincere hope of something greater just over the horizon.

This inspirational short story follows the growth of Allen and Irene's relationship beginning with their chance meeting and leading forward to a lifetime spent together. 'Handmade Hearts' was created to honor this unique couple's love for and devotion to each other in a relationship which spanned seven decades.
This book is completely clean in language and content.


💗 A touching and sweet story! So glad the author decided to share her aunt and uncle's story with us readers as it made me smile. It encouraged me that healing can always happen in our hearts, even if it takes time. Plus, it was fun too. :)

💗 This delightful short story is based on a true WWII romance. It tells of the relationship that develops between a wounded soldier and a home front young woman who is grieving a terrible loss while shouldering the responsibility of providing for her family.

The author shows that, with love and understanding, hearts can heal, even under the most trying of circumstances. There is a significant meaning to the title Handmade Hearts that makes this tale a tender and inspirational read. ~Patti S., Amazon Reviewer

💗 "What a lovely tribute to your aunt and uncle. It was a joy to read! . . . I just wanted to let you know how much I enjoyed your story and thank you again for sharing it with me. ~Sandy, Reader from California

READ AN EXCERPT FROM 'HANDMADE HEARTS' 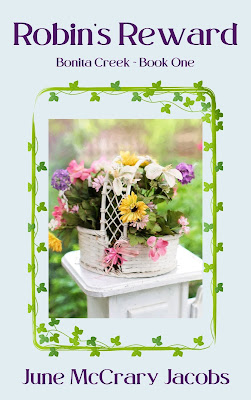 ABOUT THE BOOK:  Bonita Creek’s librarian Robin Bennett is heartbroken after being abandoned by her husband, Thomas. The mysterious and handsome Jeff Clarke arrives in town unexpectedly and touches Robin’s life with his wit and warmth. Then, without warning, Jeff’s harsh words and abrasive actions scare her off, and Robin’s hope of finding true love withers again. Just when it seems Robin and Jeff might have a future, Susan Stinson, whose cruel taunting has plagued Robin since they met as young teens, decides Jeff should be hers. Susan’s anger and jealousy escalate, and her vindictiveness threatens the foundation of Jeff and Robin’s young relationship.Robin’s journey through the peaks and valleys of her life meanders along the twists and turns of new challenges. Is a relationship which began with both parties harboring secrets destined to survive? Can they move past their troubles and the obstacles in their path to find love and happiness together? Jeff and Robin must use their faith to remain strong and true. But will it be enough for them to embrace a life of love, trials, and blessings . . . together?
This book is completely clean in language and content.
# # # # #

A NOTE FROM THE AUTHOR:  'Robin's Reward' is set in the small fictional town of Bonita Creek located in the coastal mountains of Northern California in Mendocino County. Several scenes take place in the botanical gardens located in Fort Bragg, California. Below are some photos of the Dahlia Garden and yours truly in my favorite spot to visit in the summertime when the dahlias are in full bloom. Stunning! 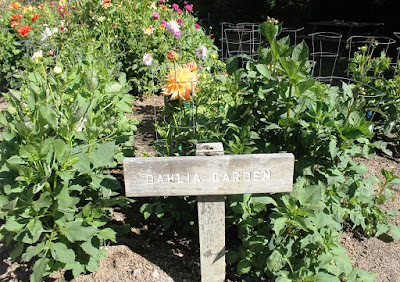 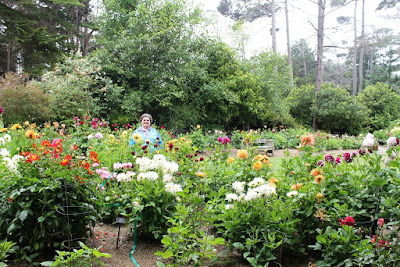 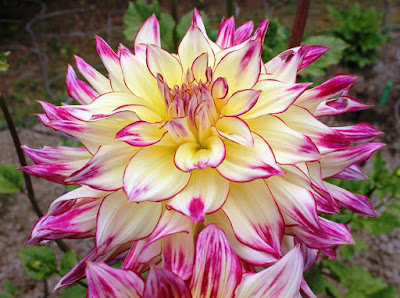 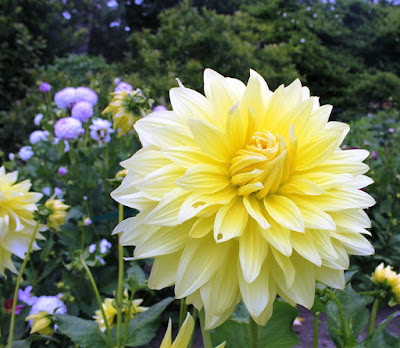 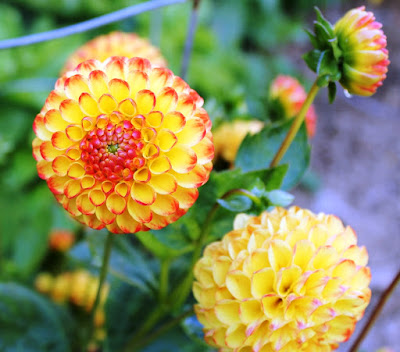 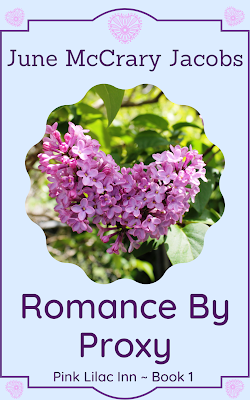 ABOUT THE BOOK:  Set on the majestic Northern Coast of California, 'Romance by Proxy' is the first book in the 'Pink Lilac Inn' series . . .

In her early forties and never married, Lainey Barton enjoys a quiet life as the event planner for her family's historic inn. Organizing weddings and family reunions keeps her busy, but she longs for something more in life.

Join Lainey as she maneuvers her way through a unique romance, a cozy mystery, and other rough patches along the path toward her goal of finding love and happiness.

This contemporary romance story is a clean, wholesome, 'later-in-life' military romance which is completely clean in language and content.
FIND 'ROMANCE BY PROXY' ON AMAZON
💟💟💟💟💟💟💟💟💟💟 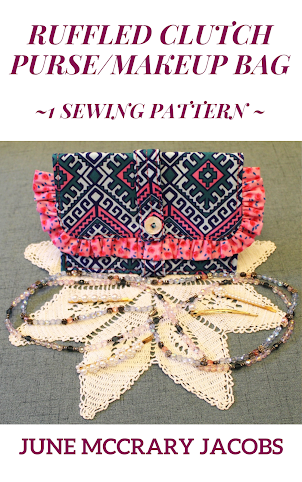 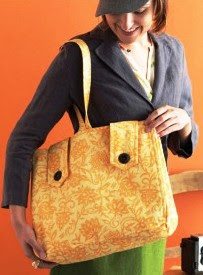 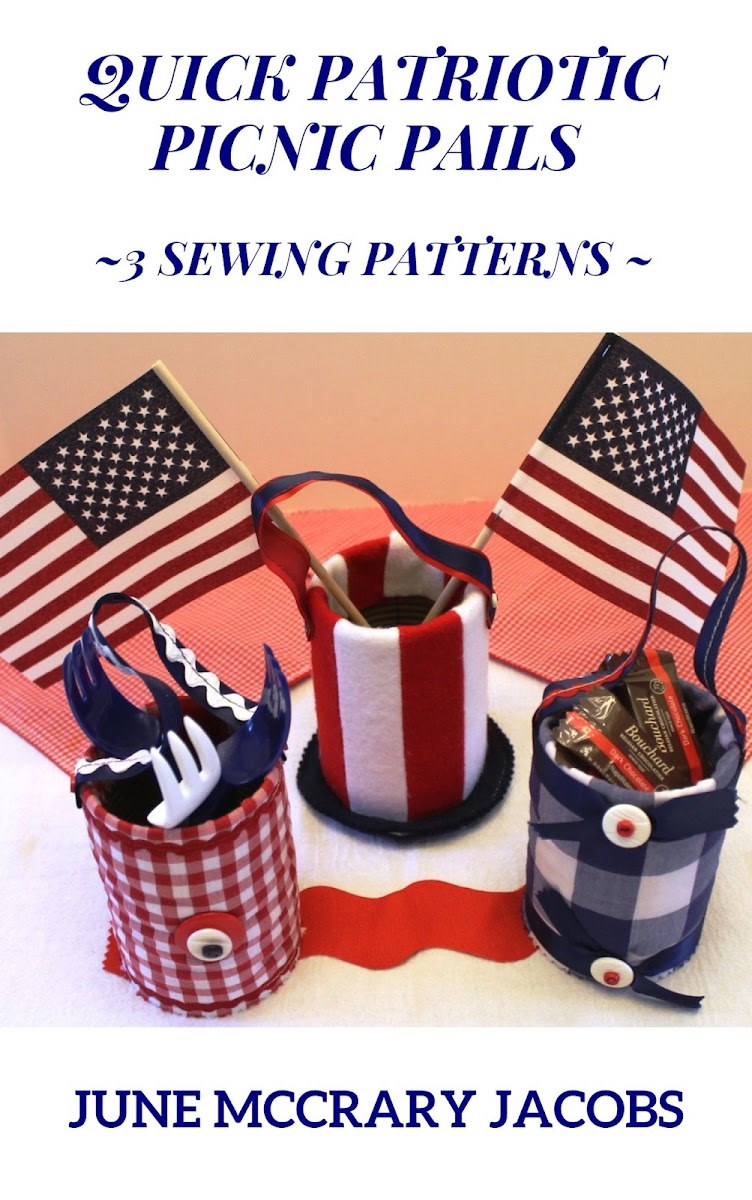