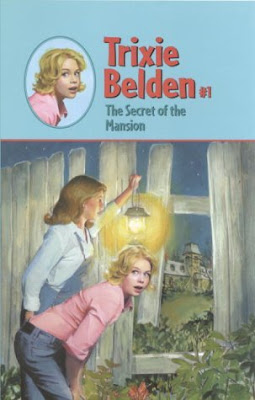 
ABOUT THE BOOK {from Goodreads}:
Trixie’s summer is going to be sooo boring with her two older brothers away at camp. But then a millionaire’s daughter moves into the next-door mansion, an old miser hides a fortune in his decrepit house, and a runaway kid starts hiding out in Sleepyside! 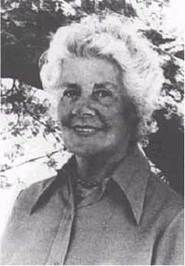 Julie Campbell was born on the 1st of June 1908 in Flushing, New York and shares the same birthday as her character, Mart Belden. As the daughter of an Army Officer, she travelled widely during her childhood and, at the age of eight, won her first short story contest while living in Hawaii.

Campbell married Charles Tatham Jr. on the 30th March 1933 and they worked together on many magazine stories and articles. Campbell lived in a remodelled farmhouse in the Hudson River Valley with her husband and two sons when she began writing the Trixie Belden series.

She had her own literary agency in the 1940s when Western Publishing invited literary agents to find authors who could produce mystery and adventure books that would be marketed to children at an affordable price. Campbell proposed four series, two that would be written by herself and the others by two of her authors Hal Burton and John Henry Cutler.

Both series were published under her maiden name, Julie Campbell. The Ginny Gordon series consisted of five books published between 1948 and 1956, while her contribution to the Trixie Belden series consisted of six books between 1948 and 1958. At the same time, Campbell stepped in to take over the Cherry Ames and Vicki Barr series and wrote twelve books in total for these series over the same time period. It is believed that Campbell wrote Cherry Ames, Cruise Nurse in three weeks during the same period she was also writing the first Trixie Belden and Ginny Gordon books.

She is also credited for writing "Rin Tin Tin's Rinty" for Whitman in 1954, but in an article Campbell denied having written that book and wonders why Whitman credited her with the title.

The Trixie Belden series was set in "Sleepyside" but was based on the town Campbell was living in at the time in the Hudson River Valley near Ossining. Her home, "Wolf Hollow", was the model for Crabapple Farm and Campbell actually lived on Glendale Road.

After completing Trixie Belden and the Mystery in Arizona, Campbell decided to stop. Her experience as a literary agent assisted her in negotiating a royalty on the next six books of the series as she owned the characters, but it meant her giving up the originator rights to this series. Western Publishing decided to continue the books under the pseudonym Kathryn Kenny. Campbell also relinquished the Cherry Ames and Vicki Barr series when Helen Wells decided to return to writing them. The Ginny Gordon series was not continued.

There is evidence that Campbell sought a writing position with the Stratemeyer Syndicate in 1957. Timothy P. O'Herin spent an afternoon going through the Stratemeyer archives and found correspondence between Campbell and Harriet Adams, the daughter of Edward Stratemeyer.

"The letters occurred around 1957 and they consisted of Ms. Tatham seeking a writing position with the syndicate. Mrs. Adams responded with glowing praise for her work, but questioning whether Julie would want to relocate for the job. Julie indicated she would be willing to commute. There were only a few letters in this brief correspondence..."

MY REVIEW:
I read some of the Trixie Belden books when I was in elementary school and just loved them! An older cousin of mine gave me a well-worn copy of 'Trixie Belden and the Gatehouse Mystery' when I was probably around ten years old. I read and reread that book until the binding literally broke and the pages began to fall out.

Our local public library purchased the first three books in this series last year, so I wanted to give them a try as an adult reader. I wasn't disappointed.

This book was originally published in 1948 and was rereleased in this format in 2003. This installment is the first book in the series and introduces the setting, core characters, and Trixie's adventurous personality well.

The adventures she and her new next-door neighbor, Honey, enjoy are fast-paced, fun, and a little dangerous at some points. Trixie is strong-willed and high-spirited to be certain, but I did not feel she was a poor role model for young readers. Instead, I felt as if her spunk and sense of fun would encourage youngsters to play outside and make their own fun as we used to say.

***NOTE:  Since this book was written seventy years ago, please be aware that some vocabulary usage and socially-accepted behavior and parenting techniques documented in the text are very different than those accepted and practiced in the twenty-first century.

The educator in me liked the way the author teaches first aid and fire safety and such life skill techniques throughout the plot. This is a fun adventure that leaves the reader wanting to read more of Trixie's and Honey's pursuits.
-----------------------------
I borrowed this book from our local public library.

-- Friday, May 4th: Book Blast with $50 giveaway for a new clean romance, 'Scarlet'. Event hosted by I Am A Reader.