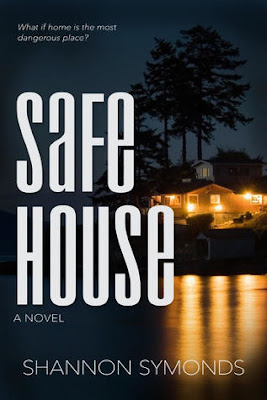 True, it was her prison, but it was also her sanctuary.

Where can you turn when your house is not safe? In a small coastal town in Oregon, Amber and Kelly know the deadliest people sleep down the hall. As they attempt to escape the violent, domineering men in their lives, despair fights against faith and hope as an introduction to the Book of Mormon promises them a haven they can’t find in their homes. But getting out of these abusive situations is not as easy as it appears. With their lives spiraling out of control, can they have faith that God’s grace will save them?

Shannon worked for 15 years as an Advocate. She lives in a small seaside town where she works, writes, runs, and paints. She believes the word can be changed one heart at a time and then even small acts can make a difference.

Grace drove up the winding road, high among large new homes. They sat along the edge of the lush Oregon forest on the Pacific Coast Range Mountains. She didn’t have to look too hard for the address. An ambulance and two lit up police cars, lights silently rotating, marked the last home at the top of the steep road. Light spilled from every window and the open front door. Ancient pines and a dark old growth forest swayed in the wind behind the house. On the front porch a woman was arguing with a medic, holding a bloody rag to her face…

…Making her way to the house, she walked between patrol cars and crossed the lawn. The ambulance driver had a clipboard and was trying to explain to Emily, the victim, that she needed to sign a waiver stating she was refusing services. Ignoring the ambulance driver and looking at Officer Hart, Emily was speaking and gesturing rapidly, demanding they leave her alone.

The officer she was spitting mad at was young and good-looking. Grace didn’t know how anyone could yell at Hart. His name was absolutely appropriate. Seeing Grace, he half-smiled, showing dimples, looking grateful for the interruption.

Flashing her own half-grin, her color rose. Looking down, she hoped he hadn’t noticed.

Hope Experience Flanagan had to get out of the Rat’s trailer tonight. It made more sense to wait until her 18th birthday, or until the cold Oregon Coast weather warmed, but everything told her the Rat was dangerous and she was out of time.

“Come on Hope! I just want you to watch a movie with me.” the Rat begged from the other side of her locked bedroom door.

“I’m not coming out until Mom’s home!”

“See how nice I am! Your Mom hasn’t been home for weeks and I let you stay with me.”

“Just let me finish my homework,” she said nicely, trying to hide her frustration.

The flimsy bedroom door in the timeworn 1967 Rancho trailer shook angrily. Poised to move, Hope held her breath until it stopped. “You promise?” he yelled.

Finally, she heard the Rat shuffle down the little hall. Five foot one Richard Culligan, ironically known as ‘Rich’ to his friends, and Rat to her, was her mother’s latest partner in a steady stream of companions. Hope hated them all.

The lacey ice on the windows of the Rat’s ancient trailer was as much on the inside in winter as on the outside. The trailer hadn’t moved for more years than Hope had been alive. It was parked in the Yeti Trailer Haven among other molding heaps of aluminum hidden by forest, vines, and foliage which obliterated their existence. Hope thought it was the best part of the coast. Magic green that erased every sign of man if you gave it long enough.

She sat on an old sleeping bag on a bare mattress, headphones in, music playing, when hailstones began pelting the aluminum walls. Gradually the torrent picked up. Larger and larger hailstones assaulted the windows so loudly it broke through her music and then it stopped.

Everything else she owned was packed in her old orange backpack including a Ziploc bag with a picture of her missing mother. Quietly, she pulled back the red rug, moved a loose floorboard, and dropped her pack into the black hole. Then, Hope slid down through the same hole and out from under Rich Culligan’s trailer forever.

Grace James had a smile painted on her face, but her nylons had gradually fallen until she was sure the crotch was at her bony knees and below the hem of her skirt. She had been wearing two hour high heels for four hours and her feet begged for mercy. She stood tall, at the end of her thirties with her long blond hair sprayed into submission on stage next to her boss in the old Victorian Church, now the Bay City Performing Arts Center.

Grace’s boss Eunice had the microphone. Her gray bob looked purple in the spotlight. She took off her bedazzled cat eye glasses, and said to the audience, “Next I want to introduce our senior advocate, Grace James.”

Every head turned to look at the row of 20-foot windows lining both sides of the room as a cascade threatened to break through the glass. The echo was deafening and then ended almost as quickly as it started.

***NOTE: The working title for book two is 'Finding Hope' by Shannon Symonds. This book is not currently under contract and is in a draft form (although it has been to an editor). 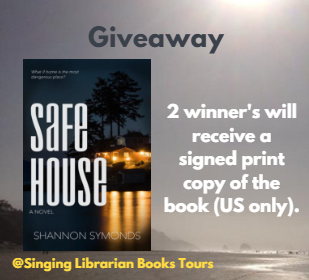 
Giveaway is subject to policies HERE.

Heidi Reads…
My Book a Day
​Reading for the Stars and Moon
Reading, Writing & Stitch-Metic
​Remembrancy
​Singing Librarian Books
Why Not? Because I Said So!

-- Tuesday, May 22nd: Book Blast for 'Rescue'. Post includes book spotlight, author bio, and $50 giveaway. Event hosted by I Am A Reader.

--  Wednesday, May 23rd:  Blog Tour Stop for 'Dating the Prince'. This clean romance is a retelling of Mark Twain's 'The Prince and the Pauper'. Post includes book spotlight, excerpt, and a giveaway. Blog Tour hosted by I Am A Reader.

--  Friday, May 25th:  Blog Tour Stop for 'Cowboys of Summer'. This post includes an interview with the author, book spotlight, and a giveaway. Blog Tour hosted by JustRead Publicity.
# # # # #