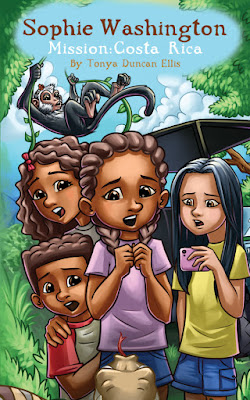 Sixth grader Sophie Washington, her family and friends are in for an adventure-filled week of boa constrictors, monkeys and mayhem after they sign up to take part in a church mission trip to Costa Rica.

Tonya Duncan Ellis is the author of the Readers’ Favorite “Five Star” rated Sophie Washington children’s books series, geared toward readers ages 8 to 12, and is a member of the Society of Children’s Book Writers and Illustrators (SCBWI). She has received awards for literary excellence and worked as a journalist and freelance magazine writer.

The Sophie Washington book series recounts the adventures of a precocious African American preteen from Houston, TX and her diverse group of friends. Each funny and heartwarming story teaches lessons about friendship, responsibility, truthfulness and perseverance. Books in the series include Queen of the Bee, The Snitch, Things You Didn’t Know About Sophie, The Gamer, Hurricane, and Mission Costa Rica.

Tonya lives in Houston, TX. When she’s not writing, the author enjoys reading, biking, swimming, travel and spending time with her husband and three children.


SNIPPET:
Chapter 1 -- Welcome to the Jungle

The sky is sunglasses-required bright. It is hotter than a coal-fired pizza oven. Sweat drips into my eyebrows, and my t-shirt sticks to my back like gum to the underside of a desk. Ignoring the baking temperature, Carlos, our guide, is the one of the cheeriest people I’ve ever met. It’s like a smile is tattooed on his mouth as we bump along the narrow, winding road at about ten miles per hour.

Carlos abruptly puts on the brakes and yells, still grinning, to get our attention. My dad jerks our golf cart to a halt right behind him.

It’s Day One of our trip to Costa Rica, and Dad, Mom, my little brother Cole and my friends Chloe, Valentina, and I are taking a tour of the golf course near our hotel.

The exotic sounds of howler monkeys and sights of red, yellow and blue parrots, lime green iguanas, and tropical plants mingle with the common golfing fairways and tees.

“Whoa! Check that out over there!” Cole points out a thick, gray and forest green-colored hose sliding on the turf.

“What do we have here?” asks Carlos.

A five-foot-long serpent glides near Carlos’ feet, and instead of moving away our crazy guide eases toward the creature. 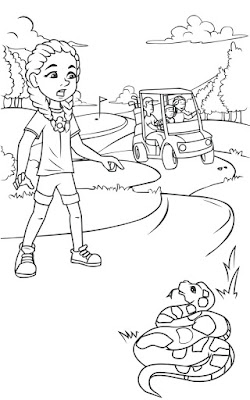 I freeze. Everyone else steps back.

“Not to worry, the snake is not poisonous,” Carlos reassures us. “It’s a boa constrictor.” Then he reaches down to pick it up and wraps the snake around his neck as we all stare with our mouths agape.

Mosquitoes buzz toward my open lips and I whack at my mouth to stop them. I can’t keep my eyes off the serpent. And it looks like he’s checking me out too.

“Would you like to pet it, young lady?” Carlos inquires. “We see this snake on the path nearly every day; he won’t hurt you.”

“A boa constrictor’s bite won’t hurt you, but it can squeeze you to death,” warns my father, holding his arms out to keep me from getting too close.

“I bet Sophie is part Slytherin, just like Harry Potter,” says Cole, comparing me to the snake-loving members of the club from the Harry Potter book series while he observes the snake and me watch each other.

“Be quiet, Cole, and all you children stay back,” scolds my mother.

I blink and the spell the snake cast on me is broken. I am able to move again.

“I can’t believe we’re this close to a boa constrictor,” Valentina says as she snaps a picture of the snake-clad Carlos with her cell phone. “No one will believe this is real.”

“Yeah, looking at that creepy thing makes my skin crawl.” Chloe smooths a black curl off her forehead and peers to get a better look. “Take one of me standing with the snake in the background, Valentina,” she asks, striking a pose.
I roll my eyes. Leave it to my two friends to be snapping selfies when we might be in danger. Though we are all on the cheerleading squad, Chloe Thompson and Valentina Martinez would probably be considered the most “high maintenance” in our group. Both love to shop and spend lots of time talking about hair and makeup. They are both very pretty too. Chloe is tall and thin with dark curls and caramel skin, and Valentina, who was born in Mexico, has long black hair and can do back flips across the school gym.

Chloe and I have been best friends since we were small. We’ve been in most classes together atXavier Academy, the private school we attend, until last year when she was placed in some special classes because she has dyslexia. The learning disorder makes her see letters backward so Chloe needs more time to do her reading assignments than other people. Some kids used to make fun of her about it until they found out that Chloe has a temper, and since she’s one of the tallest girls in our grade you don’t want to mess with her.

I used to think Valentina was just a bubblehead until she and her family had to leave their home during a hurricane earlier this year. They camped out with us in my father’s dental office for a few days because parts of our neighborhood were flooding and we couldn’t stay in our house either. During our time in the office, Valentina and I became friends and she convinced me to try out for the cheerleading team.

“Can I see the pictures?” Cole bumps me out of the way and shoves in closer. “I left my camera at the hotel.”

“Ouch!” I stumble back off the path and into a huge pile of fire ants.

At least fifty angry bugs crawl up my leg and start biting.

Mom rushes over and swats the ants off with her sun hat.

“Everybody back on the golf carts!” she commands.

“Is your daughter okay?” A lady from one of the two other carts touring with us walks over to offer help.

“Yes, thankfully, she’s not allergic to fire ant venom,” Mom answers. “It looks like she’ll have to suffer through pain from a bite or two the next couple of days.”

“A bite or two? There must be at least twenty bumps on my leg!” I exclaim. “And it’s all your fault, Cole!”


10 BEHIND-THE-SCENES FACTS ABOUT THE BOOK:
Tonya Duncan Ellis took a family vacation to Costa Rica in 2012.

On her first day in the country the author stepped in a fire ant pile and had an allergic reaction.

Sophie Washington: Mission: Costa Rica was originally planned to be the third book in the Sophie Washington series, but the author kept getting inspired to write about other topics and it became book number six.

The many animals mentioned in Sophie Washington: Mission: Costa Rica are no exaggeration. The country hosts more than five percent of the world’s biodiversity, though its landmass takes up only .03 percent of the planet. 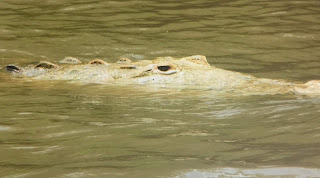 Most of Sophie Washington: Mission Costa: Rica was written from 5AM to 8AM during a three-month time span.

Howler monkeys are the loudest animals in the world, and their calls can be heard as far as three miles away. 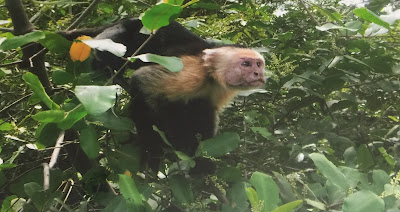 The author keeps a bowl made in the Costa Rican pottery village Guaitil on her family room coffee table. 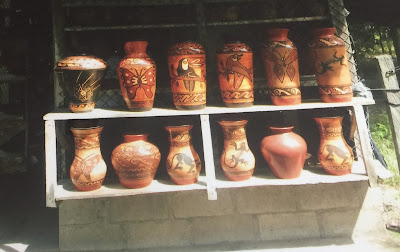 The 'Agnese' character was originally planned to be a Costa Rican boy who would play soccer with Sophie’s little brother Cole, but then the author changed her mind.

When first conceived, the book was planned to be about a school trip with Sophie’s class that would be called Sophie Washington: Costa Rican Caper. 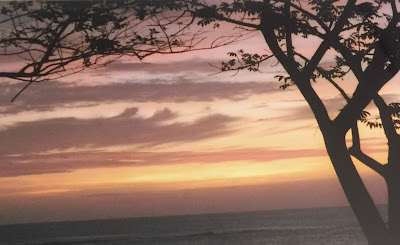 {Photos courtesy of the author} 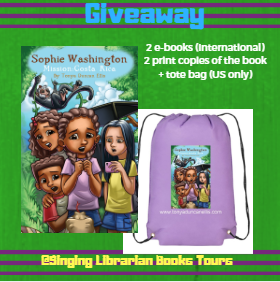 Enter the giveaway HERE.
Giveaway is subject to policies HERE.

-- Monday, July 23rd: Marvelous Middle-Grade Monday feature on a new contemporary fiction release by K.A. Holt, 'From You to Me'. Post includes book spotlight and a review.