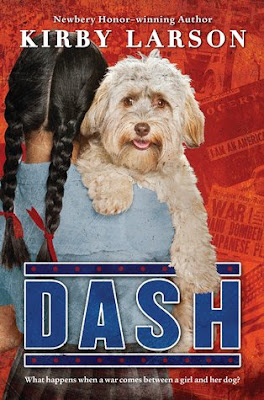 
A FUN SIDEBAR BEFORE WE BEGIN THIS FEATURE:
Recently, I carried a hardcover copy of this book to an appointment. While I was checking in at the front desk the receptionist said to me, "That is such a cute picture! What are you reading?"

I turned the book over to see what she was pointing at on the back cover. It is a black and white photo of the front cover image. I showed her the front cover and said, "It's a great middle-grade historical by one of my favorite authors".

She scrunched up her face and said, "Isn't it kindof weird that you're an adult and you read kid's books?"

I restrained myself from telling her that I am a real freak because I write middle-grade novels and short stories, blog about middle-grade books, and spend a lot of my time reading middle-grade fiction and non-fiction.

"What kind of books do you read?" I asked.

"Oh, I haven't read a book in probably ten or fifteen years. I like to binge-watch movies and TV shows instead," she replied.

ABOUT THE BOOK {from Goodreads}:
What happens when a war comes between a girl and her dog?

New from Newbery Honor author Kirby Larson, the moving story of a Japanese-American girl who is separated from her dog upon being sent to an incarceration camp during WWII.

Although Mitsi Kashino and her family are swept up in the wave of anti-Japanese sentiment following the attack on Pearl Harbor, Mitsi never expects to lose her home—or her beloved dog, Dash. But, as World War II rages and people of Japanese descent are forced into incarceration camps, Mitsi is separated from Dash, her classmates, and life as she knows it.

The camp is a crowded and unfamiliar place, whose dusty floors, seemingly endless lines, and barbed wire fences begin to unravel the strong Kashino family ties. With the help of a friendly neighbor back home, Mitsi remains connected to Dash in spite of the hard times, holding on to the hope that the war will end soon and life will return to normal. Though they've lost their home, will the Kashino family also lose their sense of family? And will Mitsi and Dash ever be reunited? 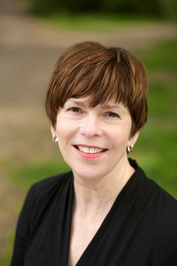 Kirby Larson went from history-phobe to history fanatic while writing the 2007 Newbery Honor Book, HATTIE BIG SKY. Her passion for historical fiction is reflected in titles such as THE FENCES BETWEEN US, THE FRIENDSHIP DOLL, as well as the sequel to HATTIE BIG SKY, HATTIE EVER AFTER, and her two latest titles, DUKE--which was nominated for 5 state Young Reader Choice awards as well as being a finalist for the Washington State Book Award-- and DASH--which has garnered two starred reviews, a NAPPA Gold Award and a Capitol Choices nomination.

In 2006, Kirby began a collaboration with her good friend Mary Nethery resulting in two award-winning nonfiction picture books: TWO BOBBIES: A TRUE STORY OF HURRICANE KATRINA, FRIENDSHIP AND SURVIVAL, and NUBS: THE TRUE STORY OF A MUTT, A MARINE AND A MIRACLE.

Kirby lives in Kenmore, Washington with her husband, Neil, and Winston the Wonder Dog. When she’s not reading or writing Kirby enjoys beach combing, bird watching, and traveling. She owns a tiara and is not afraid to use it.


--LINK TO THE GOODREADS' LIST OF THE FOUR BOOKS IN THE 'DOGS OF WORLD WAR II' SERIES:
https://www.goodreads.com/series/179592


MY REVIEW:
I am a huge fan of Kirby Larson's historical fiction. Her books are well-written and well-researched. Her characters are multi-dimensional and her settings are so well-developed they become like characters in and of themselves.

This past summer I read her Young Adult historical series, 'Hattie Big Sky' and 'Hattie Ever After'. Those stories are set in 1917 in Montana. I read and reviewed her fourth book in this 'Dogs of World War II' series, 'Code Word Courage'. The link to my post on that book is shown at the end of this review.

One of the things I enjoyed about each of these books, including 'Dash', is the author's ability to capture a reader's attention and interest right from the start! In this book, we are introduced to the main character, Mitsi Kashino, and her beloved dog Dash in the first paragraph of the book. The story opens in Washington state right after Christmas, 1941.

Upon returning to school after the Christmas break Mitsi and the other students of Japanese descent are met with anger, resentment, and hatred from the majority of their classmates. The bombing of Pearl Harbor on December 7, 1941, fueled these negative feelings about the Japanese in the United States.

I believe this theme is an important historical issue to introduce to and discuss with middle-grade readers because we live in a diverse culture. Respect and acceptance are keys to thriving in our society. As I've mentioned previously, I feel fiction can reach out to youngsters and touch their hearts in ways merely telling them to show 'respect' or 'be kind' cannot.

Throughout this moving story Mitsi navigates the serious issues of shame, prejudice, loss of friends, evacuation from her home, and internment in two Japanese relocation camps. She meets many cruel and insensitive people along the way. I found the author's portrayal of these unkind individuals to be realistic and frankly, heart-wrenching.

The depiction of the depolorable conditions at the internment camps is accurate as far as my research into and knowledge of this subject matter. Family life at the camps was not easy for the internees because of the rustic/crude living conditions, lack of privacy, unfamiliar food, and severe weather conditions. I could almost taste the grit from the dust blowing around everywhere and smell the horrible odors in the latrines as described by this author.

A theme in this book which I especially appreciated was the kindness and understanding of several of the surrounding characters who were not internees.

Miss Wyatt, Mitsi's school teacher, is a lovely person who does whatever she can to make Mitsi's situation a little more bearable for the eleven-year-old. Mrs. Bowker, the Kashina family's widowed neighbor, is loving and compassionate toward Mitsi and models what being a good neighbor and friend is all about. Some of the workers at the camps go out of their way to smile at and treat the internees with kindness. And then there is Dash, Mitsi's loyal best friend! The two shared a deep bond and were both heartbroken when they were separated when the Kashina's were evacuated.

Highly recommended for teachers, librarians, and parents/grandparents. Fans of World War II/American/California history and stories with diverse characters will appreciate this richly-layered story, too.

--  Monday, October 1st:  Marvelous Middle-Grade Monday feature on a biography entitled, 'My Havana:  Memories of a Cuban Boyhood' about the life of architect Secundino Fernandez. Post includes book spotlight and my review.