~ MMGM WHO WERE THE TUSKEGEE AIRMEN? ~ 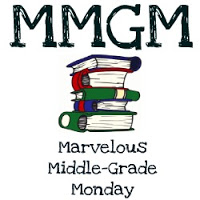 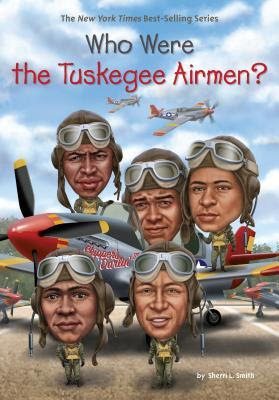 ABOUT THE BOOK {from Goodreads}:
It's up, up, and away with the Tuskegee Airmen, a heroic group of African American military pilots who helped the United States win World War II.

During World War II, black Americans were fighting for their country and for freedom in Europe, yet they had to endure a totally segregated military in the United States, where they weren't considered smart enough to become military pilots.

After acquiring government funding for aviation training, civil rights activists were able to kickstart the first African American military flight program in the US at Tuskegee University in Alabama.

While this book details thrilling flight missions and the grueling training sessions the Tuskegee Airmen underwent, it also shines a light on the lives of these brave men who helped pave the way for the integration of the US armed forces.

ABOUT THE AUTHOR {from Goodreads}:
Sherri L. Smith is the award-winning author of YA novels LUCY THE GIANT, SPARROW, HOT SOUR SALTY SWEET, FLYGIRL and ORLEANS. In October 2015, she made her middle grade debut with THE TOYMAKER’S APPRENTICE from G.P. Putnam and Sons for Penguin Random House.

She loves her family, travel, chocolate chip cookies, reading, and a really good cup of tea.

MY THOUGHTS:
I have read several books in this 'WHO HQ' series before, so I chose this gem for my final November MMGM book featuring World War I and II fiction and non-fiction titles.

I had heard about the Tuskegee Airmen before, but I had no idea of the depth of the history behind this program until I read this book. This group of brave and skilled African American men were the first airplane pilots of color to ever serve in the United States military.

In May, 1939, two African American men, Chauncey Spencer and Dale White, flew from Chicago to Washington, D.C., to meet with then US Senator Harry S. Truman. The pilots asked Senator Truman to help them encourage other black people to become pilots. The senator agreed to help, and later that year the United States Congress approved six Civilian Pilot Training Programs {CPTP} for black people. This book is about the most famous of these programs--the one held at the Tuskegee Institute in Alabama.

Booker T. Washington had founded a black college, Tuskegee Institute, in 1881 in the town of Tuskegee, Alabama. A tremendous amount of work and construction was necessary before the CPTP could be launched. First Lady Eleanor Roosevelt visited the site in March, 1941, and was vocal about the program needing more money for a better airfield and newer airplanes. Her intevention resulted in a charitable fund lending Tuskegee Institute $175,000 to build a bigger airfield.

The author does not mince words about the rampant segregation in the United States military at this time. As the result of the bombing of Pearl Harbor on December 7th, 1941, the country needed more troops, so minorities and women were called on to help out. However, the military still did not want to integrate its forces. So the Army agreed on January 16, 1942, to form an all-black squadron in their Army air force.

This first class in the Tuskegee Institute began with thirteen cadets but only five of the cadets graduated in March, 1942. These were the first African Americans to become Army Air Force pilots. The book follows this unit through their training and heroic combat missions in Europe and the Mediterranean.  A total of 352 Tuskegee Airmen served overseas during World War II. Sixty-eight of these brave soldiers died in combat or went missing in action.

Unfortunately, when these war heroes returned to the United States they found that the nation had not improved its treatment of black soldiers in the least. The bases were still segregated. In 1948, President Harry S. Truman passed a law which desegregated the US Army. Soldiers of all races trained and served together, but it would take years and years before all branches of the military were fully integrated.

The final pages of the book list the awards and honors earned by these brave Tuskegee Airmen. There is also a detailed Timeline and Bibliography to aid young readers in their study of this subject.

I borrowed this book from the New Book non-fiction shelf in the Children's section of the local public library.

SPECIAL NOTE TO ALL BLOG READERS:  I HAVE SEVERAL GREAT GIVEAWAYS LISTED ON MY CURRENT GIVEAWAYS PAGE HERE ON 'READING, WRITING & STITCH-METIC' WHICH WILL BE ENDING LATER THIS WEEK. TAKE A MOMENT RIGHT NOW TO CLICK OVER TO POSSIBLY DISCOVER A PRIZE THERE THAT INTERESTS YOU. HERE'S THE LINK:  CURRENT GIVEAWAYS 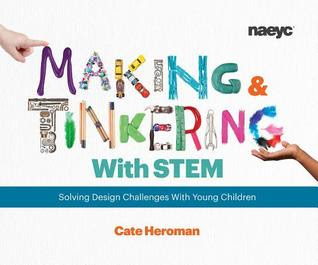