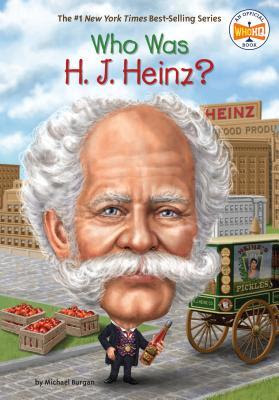 Who HQ has way more than 57 reasons why you'll want to read the amazing story of H. J. Heinz--the American entrepreneur who brought tomato ketchup to the masses.

Learn how this son of German immigrants from Pittsburgh, Pennsylvania, turned his small food-packaging company into a booming business known for its fair treatment of workers and pioneering safe food preparation standards. This American success story follows Heinz from his early days as a pickle and vinegar merchant in the 1800s to the name behind the nation's number-one brand of ketchup. The name that's on everyone's lips is now part of the Who Was? series.


I have enjoyed reading several biographies in this 'WHOHQ' series published by Penguin Workshop, and this book was no exception.

H. J. Heinz, Henry John Heinz, was born in October, 1944, in Pennsylvania to German immigrants John Heinz and Anna Schmitt. When he was almost nine years old Henry began selling the produce his family did not need from the family garden to their neighbors. At age ten he used a wheelbarrow to carry all of the vegetables he wanted to sell, and at age twelve he needed a horse-drawn cart to transport his vegetables around the village.

His business plan was to offer only the freshest, best quality produce for sale. People learned they could trust the Heinz name when it came to purchasing food for their families.

At age ten he began bottling horseradish in clear glass bottles. He wanted customers to be able to see what they were buying because many other horseradish manufacturers were adding things like leaves and wood pulp to their products. Henry felt this was cheating consumers.

The book chronicles Heinz's progress in the food manufacturing industry. He began with bottling horseradish, sauerkraut, and pickles in his mother's kitchen. As the business expanded he purchased the house next door and used it as his bottling plant. Later Heinz bottled vinegar, ketchup, and eventually many more condiments.

Heinz, Noble & Company was a partnership with two brothers named L. Clarence and E. J. Noble. They did well in the early 1870s, but when a depression hit the nation in 1873 the business went bankrupt.

In 1879 Henry tried to secure financing from banks so he could open a new operation, but because his first business had gone bankrupt the banks would not loan him money. Henry convinced his brother and a cousin, John and Frederick, to help him start a new company named F. & J. Heinz. Henry would be the 'brains' behind the operation, but he was considered another worker.

As the company began making a profit, Henry repaid his portion of the Heinz Noble Company's debt. He regained the trust of financial institutions and the family's company was poised to grow into a major food-manufacturing powerhouse.

Middle-grade readers will enjoy learning that Henry kept his recipes a secret and wrote most of them down in his recipe book in code. 'Only his relatives at the company knew the full recipes.' {page 43}

In 1888 Henry's brother, John, decided to sell his part of the company to Henry. Frederick had already sold a portion of his share back to Henry. The company was renamed H. J. Heinz Company.

In 1900, food manufacturers were adding chemicals to their food products to make them a brighter color or to act as preservatives. This was a dangerous practice as consumers could be harmed by the harsh chemicals. Henry knew salt and vinegar could help preserve foods and that those ingredients were safe for human consumption.

Henry and his son, Howard, and his brother-in-law Sebastian Mueller, wanted to establish food purity laws in the United States. In 1905, Henry sent his son and brother-in-law to meet with President Theodore Roosevelt to discuss food purity regulations. The President was not convinced of the need for these laws.

However, in 1906, Author Upton Sinclair published The Jungle which helped convince Congress and the President of the need for food purity laws. Congress passed the Pure Food and Drug Act in late June, 1906, and President Roosevelt signed the bill into law on June 30, 1906.

In his later years, Henry enjoyed traveling to Europe to collect watches and works of art. As a side note, tomorrow, May 14th, 2019, will be the centennial of his death at age seventy-four from pneumonia.

I borrowed this book from the New Non-Fiction Books shelf in the children's collection of the local public library. 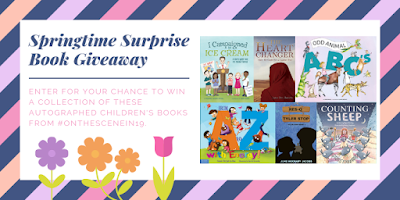 ENTER TO WIN A CHILDREN'S BOOK PRIZE PACKAGE GIVEAWAY FROM THE 'ON THE SCENE IN '19' DEBUT CHILDREN'S AUTHOR GROUP!

Head over to our 'On the Scene in '19' website to enter to win a prize package including two signed middle-grade novels -and- four signed picture books written by members of this collaborative group. {US residents only}