Erica’s past comes back to haunt her and puts her happy ever after in jeopardy.

Erica Holden has everything she’s ever wanted—a successful business, an adorable house in a small town she loves, and the man of her dreams by her side—but when her first love unexpectedly shows up in her small town of Maple Valley, he threatens to destroy everything she’s built.

Flooded with memories and feelings she thought she’d long forgotten, Erica begins to spiral. Distracted and emotional, she snaps at her best friend and unintentionally distances herself from Zack—the one man whose been faithfully by her side for the past year. Still, Erica can’t get past the hurt her ex caused, and forgiveness seems impossible. Will Erica’s newfound faith in Jesus be enough to save the life she’s built or will she revert to her old way of thinking and throw everything away?
🎄💖🎄💖🎄💖🎄💖🎄💖🎄💖🎄💖🎄 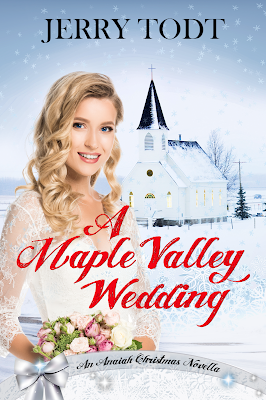 Nothing is more embarrassing than Grace Dixon’s dog peeing on the new mailman. Except maybe when she thinks she’s hit the handsome man with her SUV.

When he’s assigned to cover an injured co-worker’s route, Evan McDonald assumes it will be like any other mail route he’s done. But then he meets Grace Dixon, and he’s thrust into total Christmas chaos.

As Grace spreads the love of God and Christmas cheer to her community, she encourages Evan to join her. The two grow close as Evan learns about giving of not just possessions but of time and grace, setting him back on the path to God.

Grace is a force to be reckoned with, though, and when she shows compassion in a situation that Evan disagrees with, he realizes he might not be the right man for her. Will Grace’s lifestyle of giving overwhelm him, or can he muster some of that grace and compassion she so easily spreads?

Jennifer Pierce currently lives in Arkansas with her husband and two children. She is a member of American Christian Fiction Writers and River Valley Writers, where she serves as secretary. Her debut novel, Hidden Danger, won a 2019 Selah Award and her 2nd novel finaled in the 2019 Selah Awards. 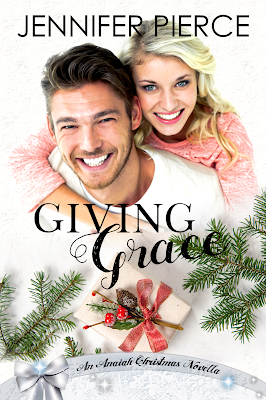