~ FRIDAY FICTION FEATURE STILL THE ONE ~

Welcome to the Blog + Review Tour for Still the One by Rachel D. Russell presented by Susan May Warren, hosted by JustRead Publicity Tours! 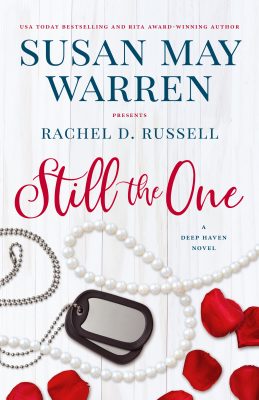 It’s never too late to finish a love story…
Cole Barrett, former Army Ranger, has a new mission objective. Sell his grandfather’s house and put Deep Haven, a place that holds too many hurts, in his rearview mirror as fast as possible. Recently divorced, single, and unattached, Cole just wants a new life as a US Marshal. One where he can forget the past and start new.
Unfortunately, there’s a tenant in the garage apartment who’s refusing to move. Even worse? It’s his childhood crush, Megan Carter, and her son.
Wedding planner and single mom Megan Carter loves Deep Haven. To her, it’s the place where she makes dreams come true—at least, everyone else’s. Her big dream is to purchase the Black Spruce Bed & Breakfast to turn it into a premier event venue and, if she can stay booked for enough weddings over winter, she’ll have the needed funds to buy the inn, move out of Grandpa Barrett’s garage apartment, and finally give her nine-year-old son, Josh, the life he deserves. She just needs four thousand dollars in the next thirty days.
Still, she’s oh, so close…until Cole Barrett returns to Deep Haven. Even if he’s not back to fulfill a silly childhood promise to marry her, but she never expected him to evict her! The last thing she needs is more expenses. Or for another man to walk into her heart…and break it.
When a blizzard strikes Deep Haven, and Megan is overrun with wedding catastrophes, it takes a former Ranger to step in and help. Besides, the more he comes to her rescue, the sooner she’ll be able to move out…and he can move on. And that’s what they both want, right?
Return to Deep Haven with this magical tale about the one who got away…and came back.

Cold, stale air wrapped around Cole when he stepped into his grandfather’s house, and a sharp mustiness stung his nose. He flipped the light switch. Nothing. It figured. He’d had to practically pry the door open to get inside.

He dropped his green rucksack on the floor and let Megan’s words drive into him. So you’re the one who’s trying to ruin my life. Yeah, returning to Deep Haven had been a gross tactical error. He pressed his palms to his temples, let the jumble in his head settle. This was supposed to be fast. In and out.

The hurt in her eyes, the accusation. He knew what betrayal felt like. And all he could do was watch her walk away, taking with her the only good pieces of his entire day.

Think. He was a seasoned Ranger, skilled in tactics and strategies. He could figure out how he’d get this wreck of a house sold. And what was Megan doing here?

He grabbed his phone to illuminate the room, but the darkness swallowed the light. With a tug, the curtains opened and a gray pallor was cast across the room. The sight of Grandpa’s recliner in the corner gave him pause. Ratty and worn, but sitting exactly where it always had.

Exactly where he’d been the night the social worker brought Cole to Deep Haven after the car wreck. He’d just known Grandpa would be able to dull the ache in his heart. Ease the pain. That they’d have good times again, like his summer visits. But as soon as he’d entered with his suitcase and backpack, he knew everything had changed. The joy was gone from Grandpa’s eyes and he spent more evenings with his whiskey than with Cole.

And when he reached his tipping point…

Cole swallowed and set his jaw. He’d never understand how a man could lash out at a child. Maybe grief could actually break someone, the loss of losing his only son two years after losing his wife to cancer. But even the broken must answer for the choices they made.

A knock at the door jolted him back to the present.

He tugged it open, bracing himself for another barrage from Megan.

A dark-haired man stood in the doorway, a ragged beard covering half his face.

“Casper Christiansen.” He held out a hand.

Casper Christiansen. Really? Last time he saw Casper, they were slapping the puck around on the frozen rink near the school. And they’d both been twelve. Casper stood there in a heavy green parka, snow sticking to his hat and determination in his eyes. Clearly this wasn’t intended to be a social call.

Still, Casper was an old friend. An ally. And Cole was feeling pretty desperate for one of those. “Casper? Geez, did you never start shaving?” He shook the offered hand. “Cole Barrett.”

It took a second, but Casper grinned and nodded. “You’re kidding! Cole Barrett. Wow. Good to see you.” He laughed and pulled Cole into a man hug, smacking him on the back before releasing him. “It’s been forever.”

BOOKS IN THIS SERIES 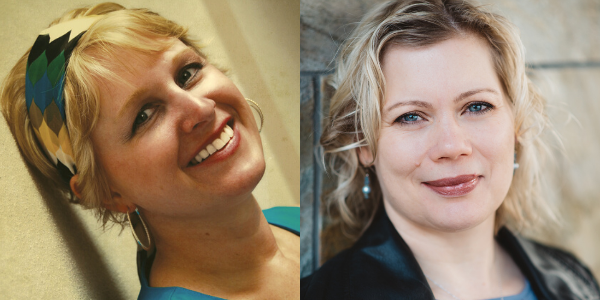 Susan May Warren is the USA Today best-selling novelist of 80 books. With more than 1.5 million books in print, she is beloved by reviewers and readers around the world. Visit Susan at www.susanmaywarren.com.

CONNECT WITH SUSAN: Website | Facebook | Instagram | Twitter
Rachel D. Russell is a member of Oregon Christian Writers and My Book Therapy’s Novel Academy and is a regular contributor to the Learn How to Write a Novel blog. The mother of two teenagers, she often interrogates her husband on his own military and law enforcement experience to craft believable heroes in uniform. The rest of her time is spent cantering her horse down the Oregon trails. Visit Rachel at www.racheldrussell.com.
CONNECT WITH RACHEL: Website | Facebook | Instagram | Twitter
Merging the creative energies of best-selling authors Susan May Warren and Lindsay Harrel, Sunrise Publishing is the matchmaker for established authors who want to build on their current success for future growth and aspiring authors looking to break out, build an audience, and hone their writing skills.
CONNECT WITH SUNRISE: Website | Facebook | Instagram | Twitter | admin@sunrisepublishing.com

(1) winner will receive a $15 Amazon gift card + 3 Still the One ebooks (one ebook for the winner and two to give to friends)! 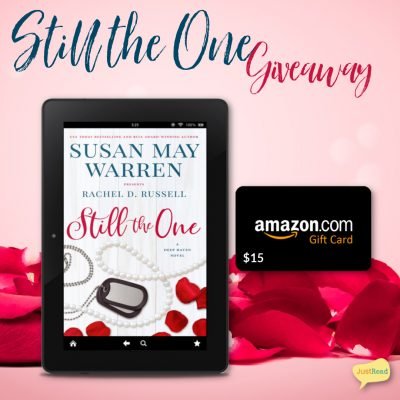 Full tour schedule linked below. Giveaway began at midnight January 18, 2021 and will last through 11:59 PM EST on January 25, 2021. Winner will be notified within 2 weeks of close of the giveaway and given 48 hours to respond or risk forfeiture of prize. US only. Void where prohibited by law or logistics.