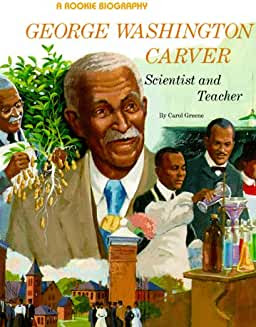 ABOUT THE BOOK (from Goodreads):

Young children can now enjoy a biography series written just for them. "Rookie Biographies" introduce the beginning reader to interesting people who helped shape history. With short, easy-to-understand text, historical photos, and eye-catching illustrations, these introductory biographies will motivate children into wanting to learn more about noted individuals. Each book includes a index.

Describes the life and accomplishments of the former slave who became a scientist and devoted his career to helping the South improve its agriculture.

ABOUT THE AUTHOR (from Goodreads):

Has degrees in English Literature and musicology. She has worked in international exchange programs, as an editor, and as a teacher of writing. Lives in Webster Groves, Missouri.

REVIEW:
{NOTE:  This post is part one of two posts about Mr. Carver because I found not only this biography but another picture book with exceptional artwork depicting his life as a child which I will share with you next week for MMGM.}
After hearing a little about this great American recently on PBS, I realized I really didn't know much about George Washington Carver. So on my next visit to the local public library, I headed straight for the children's collection.
This book is from the Childrens Press Inc. 'Rookie Biography' series. I used books from this series when I taught primary grades because of the quality of the text and the illustrations.
The book begins with a photograph of Mr. Carver and a brief synopsis of the book which invites children to learn about this gifted man.
His mother was enslaved by a couple named Moses and Susan Carver on their property in Diamond Grove, Missouri, in 1835. When George was a baby some 'raiders from the south' kidnapped Mary and George and took them to Arkansas. George was returned to the Carvers by a friend, but he and his brother, Jim, never saw their mother again.
The brothers were raised by the Carvers. The family was able to attend church together, but the boys were not allowed to attend the local school because they were black. So Susan and Moses Carver helped George to learn to read and write.
He wanted a real education so when he was 12 he left home to try to find a place where he could learn. He moved around from school to school in Kansas for a few years until he went to Simpson College in Iowa.
George earned two degrees from Iowa State. Booker T. Washington asked George to come teach at the Tuskegee Institute in Alabama. The young man felt that it was the right place for him, so he moved there and began working with farmers in the area to help them plant crops other than cotton. Cowpeas (I know these as 'black-eyed peas') and sweet potatoes grew well there. He taught them how to make compost and use it to enrich the soil.
The most powerful part of his story for me was that George believed that God had a plan for him--He wanted George to help other black people.
He worked in his lab and did research on peanuts. He discovered/developed three hundred products from peanuts!  He appeared before a Congressional committee to share about sweet potatoes and peanuts. The committee originally allowed him ten minutes to speak. Soon they told him to continue sharing, and he ended up speaking for almost two hours.
He received offers from many large companies where he would be paid a lot of money to work for them. He always said 'no' because he believed in the Lord's plan for his life. He would stay a teacher.
George's greatest joy was working with white and black students sharing about nature and what he had made from plants. He started a museum and a foundation; he won many awards for his work. He was nearly eighty years old when he died.
An 'Important Dates' timeline is included in the Back Matter for this book.
In summary, I was moved by this man's dedication to his career and to the inner strength he garnered when he was criticized and shunned because of his race. I admire his steadfast faith in the Lord's plan for his life. He inspired countless young people over his years of service at the Tuskegee Institute and beyond.
Highly-recommended for teachers, librarians, and families who want to share the life story of a selfless and inspirational American whose discoveries continue to be used to grow food crops to feed millions.
🇺🇸 🥜🍠🇺🇸 🥜🍠🇺🇸 🥜🍠🇺🇸 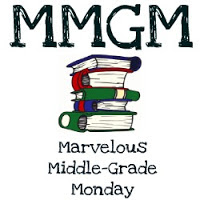