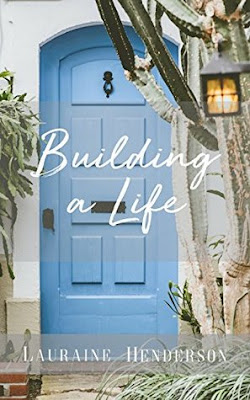 Sara Castleton resolved to make better choices now that there was a new life growing inside her. When her husband, Peter, plowed through that stop sign and left this world, he left a mess behind. Picking up the pieces of her shattered life and finishing the house Peter started could be the answer to her future, but she needed help.

When Nicholas Bradford was asked to step into Sara’s unfinished house project, he reluctantly agreed. He didn’t always see eye-to-eye with Peter’s friends and business associates, but one look at his pregnant widow and Nick couldn’t say no.

Before they know it, they aren’t just building a house, they’re Building a Life. 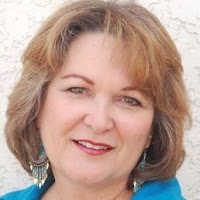 Lauraine lives with her husband, dog and cat on 68 acres of woodland 40 miles north of Portland, Oregon. After growing up in Oregon, they moved their family of three children to Utah. From there they moved to Hawaii and Arizona, finally coming back to Oregon in 2015. Their three children, two girls and a boy, are all grown and live across the United States. After being a professional bookkeeper for over twenty years, she turned her hobby of writing into her first published novel in 2016. She loves to write inspirational romance and hopes her readers will be both entertained and uplifted by her stories. When she’s not writing, she loves to paint (watercolors, oils, and acrylics), sew, knit, crochet, and read (of course!).

10 BEHIND-THE-SCENES FACTS ABOUT THE BOOK:
1. My husband, a builder by trade, built two houses for us during the writing and revision process of this book. To make sure I had the facts right, I would sometimes stop him in the middle of working on our house to clarify details.

2. Nick’s two soccer goals in the book were taken directly from my son’s high school soccer experience as a center forward. Nick’s love of the game beyond high school and college stemmed from my husband’s experience playing on a city league when we were dating.

3. Nick’s neglected drafting table in his home office was a salute to my late father-in-law who was a professional draftsman before the days of computer aided drafting programs.

4. Brenda’s house that screamed with bright light was originally supposed to be a house that was immersed in darkness. I had stayed with some friends who lived with the drapes drawn, the blinds closed, and the TV room dark like a theater and found it terribly oppressing. I thought it played well into her dark nature, but I was afraid this friend would see themselves in the book if they read it and changed it to the opposite. I felt it still worked well, showing Brenda as a woman who lived in fear of the dark instead of embracing it.

5. Nick getting beat up was a complete surprise until the day I wrote the scene. In my notes and outline, there was no mention of Nick being attacked. When the story headed that direction, I followed along, interested in seeing where it would go. I was impressed by how well it fit into the story.

6. I didn’t dwell on the many opportunities for complications during the birth of Sara’s baby, but the part where she held Nick’s hand and squeezed it so hard she almost broke his fingers happened for real during the birth of my second child. It was my first natural delivery and my husband shook out his hand and offered two fingers for me to squeeze instead so I would hurt him. It’s amazing how much strength a woman delivering a baby has!

7. Nick and Josh’s experience with the welcoming attitude of people in the LDS church when they were investigating various churches was much like every ward I’ve ever visited or moved into. I wanted to show the openness that the church demonstrates to people who are new.

8. When Sara described Nick’s maneuvering in the trusses as a slow dance, it was exactly how I feel watching my husband when he sets trusses on a house. When the crane operator knows what they’re doing, it can be as smooth as I made it sound and just as riveting.

9. The name of Peter’s friend, Mitch, was just a name when I started writing the book. During the course of revision, I met someone named Mitch who turned out to be the boyfriend of the daughter of people who were living with us. (another story). While I was describing the storyline to the mom of the daughter (to pass the time while we painted the house), Mitch (the boyfriend) joined us. I immediately apologized for the name and explained that the Mitch in the story wasn’t a good guy. He reassured me it was okay and kind of liked the idea that his namesake was the bad guy.

10. Nick’s smile is a direct correlation to Josh Turner’s smile on the cover of his album Haywire. It’s a breathtaking sight to behold and truly swoon-worthy! (Or you can watch the video of Josh’s song Firecracker for more of that Hollywood smile.)

SNIPPET:
She thought of Brenda. No, she couldn’t. Brenda drove her crazy. She still wasn’t sure her in-laws realized she wasn’t moving in with them. Her mind automatically landed on Nick. She could call him. He would take her to the hospital. She wasn’t sure she should be driving anyway. If she had a contraction on the way to the hospital, she could get in an accident. She shivered. She tapped Nick’s speed dial number.

He picked up on the first ring.

“Sara,” he started. “I’m sorry. I mean, I’m not sorry I kissed you. I’ve wanted to kiss you for a long time, but I’m sorry I didn’t give you more warning or whatever, so you were prepared and didn’t think I was kissing you to prove a point. I know you were upset, and I was trying to be supportive, and I heard what Mitch said and it worried me, and I was trying to comfort you, and I just got carried away when you were talking about Peter, and I just don’t want you to think I was trying to take advantage of you because I wouldn’t do that. I really do care about you.”

Finally, he took a breath.

“Good,” she said with a glimmer of a smile after his rambling, “because I need your help, again.”

“Sure, anything. What can I do for you?”

“Did your car break down? Are you okay?”

“Oh,” He paused. “Oh! I’ll be right there!” The line went dead and Sara smiled, knowing she had called the right person. Regardless of where things stood at the moment, she knew Nick would take care of her. 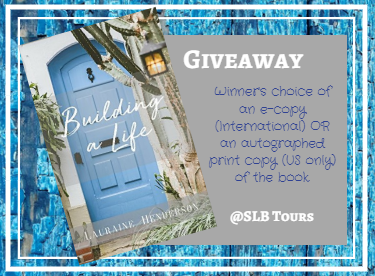 Giveaway includes the winner’s choice of an e-copy (International) or autographed signed print copy (US only) of the book. Giveaway ends 11:59pm MT on July 21st.

Giveaway is subject to policies HERE.