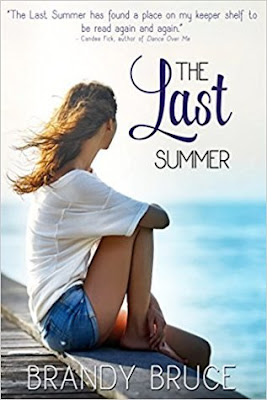 
A group of seven friends navigate relationships and personal growth during a season of change.


SNIPPET:
They all exchanged looks around the table. I felt like they were having this private conversation and hoped the conclusion would be that they wanted me. Because there was something special about the people at this table. The way they kidded and joked and touched each other and moved like one breathing organism. The way they did seem like a family. Six people connected to each other. I wanted to be the seventh.

“I have a feeling, Sara Witherspoon,” Addison said, tilting her head to the side and studying me as though she could see all the way to my heart, “you belong too.”

I don’t know how she knew, but she did. Like I said, Addison is the leader. She’s the glue. Once she said those words, all tension melted away, and I was included. If Addison said I belonged, I did. She reminded me of Melanie Wilkes in Gone with the Wind. If Mrs. Wilkes was the cool-headed voice of reason that could settle the chaos around her, Addison was that same strong, trusted constant amid these six friends. Her word was law. And from that day forward, the six people around that table at Isabella’s became like six extensions of myself.

We were a circle. Within a month, Jason asked me to go out to dinner with him. Luke hadn’t shown any romantic interest in me, and there was Jason, with that thick, dark hair and playful personality and handful of tattoos on his olive skin—how could I say no? We started dating. A year after that, we broke up.

As much as I truly liked Jason and couldn’t help feeling attracted to him, I hadn’t fallen in love. I couldn’t picture us married and having babies. We were better as friends. I know Jason didn’t agree, but he and I both refused to let our break up damage the circle. Eventually, things between us returned to normal.

During my dating-Jason phase, Sam and Lily got married, which didn’t really change anything since they were already such a unit. I realized early on that Luke and Debra were never an item. I’d mistaken Debra’s warm and friendly demeanor and Luke’s tendency to be protective and kind as the traits of a dating couple, but those endearing qualities of both of them extended to all of us. My crush on Luke diminished as Jason and I dated and then shifted to ‘just friends.’

And somewhere along the way, painfully, Luke and I became best friends. 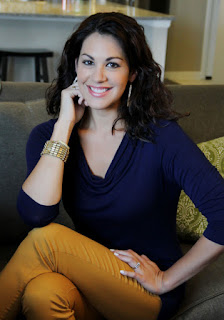 Brandy Bruce is a mom, a wife, a book editor, an author, and someone who really loves dessert. She’s the author of the award-winning novel The Last Summer, Looks Like Love, and The Romano Family Collection. Brandy, her husband, and their children make their home in Colorado.

The museum’s Pink-Floyd-laser-light-show date that Sara goes on was inspired by one of my first dates with my husband! He planned the whole date and we went to the Spaghetti Warehouse (which was also a place my parents went to when they were dating) and then the laser light show at the very same museum. Best. Date. Ever.

Bodegas, the restaurant near the museum where Sara and her friend Wendy like to eat, is a real restaurant very near the Houston Museum of Natural Science.

I wrote the scene about the gas station barbeque because there’s truly a gas station in Texas that serves amazing barbeque. (There are probably hundreds actually!) The food in Texas can’t be beat.

The Lake Shore Woods lake house was inspired by a real lake house out in East Texas. My best friend and I stayed there for a weekend years ago and I remember loving how woodsy and beautiful the area was, and thinking that I was going use that setting in a book too.

Sara goes shopping in The Woodlands at a place called Market Street and it’s an area I love to go to whenever I’m back in town—lots of fun restaurants and shops and a movie theater.

There’s a scene where the gang are all hanging out in Hermann hospital waiting room and one of the characters, Debra, brings in several sacks of Whataburger meals. Which is Texas to a T.

I mention Dickens’ on the Strand at Christmastime in the book. This is a real festival in Galveston, Texas, held in late November/early December. It’s a Charles Dickens-esque Christmas celebration with people in costumes and a parade and carolers and street vendors. My grandmother was the one who first told me about it. She and her best girlfriends loved to go to Dickens’ on the Strand together.

When describing Sara’s parents’ house in the affluent Willow Heights area, I mention the azalea bushes by the back deck. This stemmed from the trail of azaleas in Houston’s River Oaks section. It’s a beautiful area with stately homes and during azalea season, you can drive through and see what they call the trail of azaleas. My dad used to drive us through River Oaks when I was a little girl.

As you can probably tell, I love Texas. I was born in Houston and lived there, then Conroe, Texas, and then Porter—both on the outskirts of the city—until I went away to college in Virginia. All of my extended family still live there and whenever I step off the plane and feel the humidity and heat of Texas—and see all the belt buckles and cowboy hats and T-shirts that say, “Most likely to Secede”—I know I’m home again. The places in the book that I didn’t create, such as the museum district and The Woodlands and San Jacinto, are all real places that I’ve touched and experienced. And from the sweet tea the girls drink to the tomato plants Addison grows, these little details come from real-life in Texas. 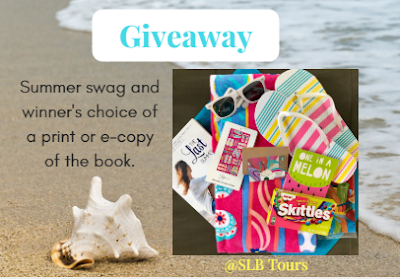 
Giveaway is subject to policies HERE.


July 16-Jorie Loves A Story | Joy of Reading  | amandainpa
July 17- Paulette’s Papers  | The Power of Words
July 18-Reading, Writing & Stitch-Metic | Pause for Tales | Among the Reads
July 19-Book by Book | Edits and Reviews by Leslie | The Green Mockingbird
July 20-Heidi Reads… | Reading Is My SuperPower | Why Not? Because I Said So!
July 21-Remembrancy | Katie’s Clean Book Collection