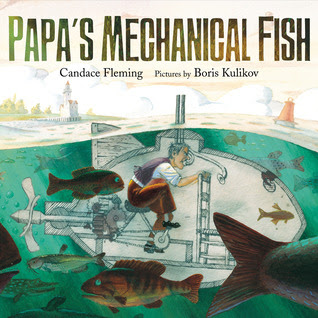 Clink! Clankety-bang! Thump-whirr! That's the sound of Papa at work.

Although he is an inventor, he has never made anything that works perfectly, and that's because he hasn't yet found a truly fantastic idea. But when he takes his family fishing on Lake Michigan, his daughter Virena asks, "Have you ever wondered what it's like to be a fish?"—and Papa is off to his workshop. With a lot of persistence and a little bit of help, Papa—who is based on the real-life inventor Lodner Phillips—creates a submarine that can take his family for a trip to the bottom of Lake Michigan.


MY THOUGHTS:
This engaging book features the adventures, and misadventures, of a nineteeth-century inventor. He builds all sorts of crazy inventions such as edible socks, steam-powered roller skates, and collapsible clothes hangers. He realizes he has not yet invented anything that worked perfectly, but he does not give up on trying to find a fantastic idea.

While on a trip to Lake Michigan to fish with his family, he hits upon the idea of making an underwater vessel--a mechanical fish. Lots of fun and laughter ensue as he tries three versions of his mechanical fish idea. As you can imagine, all of them fail for various reasons which are described in the book. I liked the face that readers get some exposure to science and engineering through the story. The illustrator does an excellent job of drawing some historical-looking schematics for Papa's submarine designs.

The fourth and final submarine design actually works! The detailed illustration of this design shows the interior of Whitefish IV. This vessel is large enough to hold seven people and features an air-cooling system, an air-compression system, and an air-purifying system. There is a battery to run the headlights and a steam boiler to run the engine.

This is a delightful lower middle-grade picture book 'loosely based' on the life of nineteenth century inventor, Lodner Phillips. In the Author's Note, 'It's Almost True', in the back matter of this book, Candace Fleming shares historical details about this fascinating and eccentric man. Apparently, Phillips really did take his family on an underwater excursion of Lake Michigan in 1851! Fleming shares the details about his submarine designs and his attempts to offer his improved and patented design to the United States Navy in 1852. {The Navy turned him down flat.}

There is a photograph taken in 1915 showing one of his designs, nicknamed the Fool Killer, being raised from the Chicago River. Eventually the sub was sold to Parker's Greatest Shows, a traveling carnival, and was displayed throughout the Midwest. No one knows what happened to the submarine after that. Supposedly, it was never seen again.

LINK TO A PREVIOUS BLOG POST ABOUT A BOOK ALSO WRITTEN BY THIS AUTHOR:
Last summer I read and reviewed this author's recent historical novel, Strongheart: Wonder Dog of the Silver Screen, on this blog. Here's the link if you're interested in reading my review of this excellent book about a dog who becomes a star on the big screen in the 1920s.
STRONGHEART BLOG POST
****************
Learn about more great middle-grade reads by visiting Greg Pattridge's 'Always in the Middle' blog to find the links to other blog posts celebrating Marvelous Middle-Grade Monday! 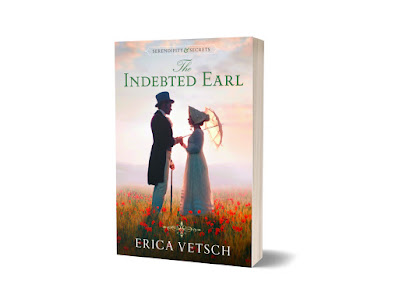